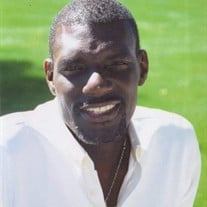 Robert E. Hickman, Jr. was born on December 7, 1957 in Washington, D.C. He earned his heavenly wings on June 11, 2021. Born to the late Robert E. Hickman, Sr. (deceased) and Mamie L. Hickman (deceased), he was the youngest of two other siblings; Patrick Hickman (deceased) and Pamela Hickman (deceased). Robert, also known as "Bobby" or "Rob" grew up in S.W. Washington, D.C. where he attended Garfield Elementary School. He was very close to his family as a child and spent many nights enjoying potlucks with his family and playing with his cousins. He was the youngest of the cousins. He later moved to the Robinson Place neighborhood in Washington, D.C. where he attended Kramer Jr. High School. This is where he met Rositta "Ro-Ro" Hickman (née Wagner) while they were still in high school. He graduated from Anacostia High School in 1976. After graduating high school, Rob attended UDC, then joined the U.S. Navy. He received an honorable discharge, then went on to marry Ro-Ro (1980 m.-1994 d.) and had three beautiful children- Kerishia Hickman Williams, Dr. Latasha Garner, and Robert E. Hickman, III. Rob furthered his education and began a lifelong career as a business professional. During his career he had the opportunity to work at several companies such as Booz Allen Hamilton, The Boeing Company, and most recently, The Department of the Navy. In August of 2020, Rob became engaged to his sweetheart Valerie Jones and settled in Occoquan, Virginia. Rob loved cracking jokes, playing basketball, and tailgating at the Redskins games with his son, Rob III and friends. He also enjoyed debating about politics and sharing his love of Christ with others. Rob was very charismatic and loved people. He was known to befriend anyone who crossed his path. Some may say a real gentle and kind spirit. He intrigued most with his wittiness and philosophical views of life. Left to cherish his memory are his stepmother, Phyllis Hickman; fiancé, Valerie Jones; children, Kerishia Hickman Williams, Dr. Latasha (Corey) Garner, Robert E. (Rhonda) Hickman, III; grandchildren, Kairi Thomas, Sade Williams, TaVaughn Hickman, Giovanni Bilal, Jisela Asbell, Jada Garner and Jordyn Garner; numerous cousins, nieces and nephews, and a host of other relatives and friends. Private Viewing: JUN 25 10:30 AM - 11:00 AM (EST) Private Service: JUN 25 11:00 AM - 12:00 PM (EST) Viewing and Service will be live streamed virtually at the link below: https://youtu.be/hDdJwzcKS44 If you wish to send flowers or gifts please send to the address below by Thursday, 6/24: Pope Funeral Home Attn: Robert Hickman Jr. 5538 Marlboro Pike District Heights, MD 2074

Robert E. Hickman, Jr. was born on December 7, 1957 in Washington, D.C. He earned his heavenly wings on June 11, 2021. Born to the late Robert E. Hickman, Sr. (deceased) and Mamie L. Hickman (deceased), he was the youngest of two other siblings;... View Obituary & Service Information

The family of Mr. Robert Elmore Hickman, Jr. created this Life Tributes page to make it easy to share your memories.