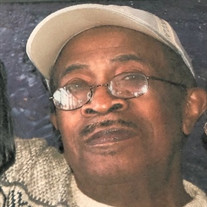 John Thomas Jr., 84., of Capitol Heights, MD was called home on October 10, 2021 at Holy Cross Hospital in Silver Spring, MD. John was born in Hopkinsville, KY on March 7, 1937. John worked for the Federal Government at the Department of Commerce... View Obituary & Service Information

The family of John Thomas, Jr. created this Life Tributes page to make it easy to share your memories.