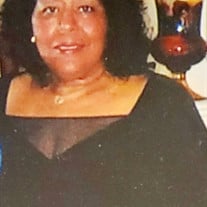 Bette Murphy Obituary On a bright summer day in 1940, Bette Faye Thompson was born to the late Willie J. Thompson and his wife, Fannie King Thompson in Whiteville, NC; the family later moved to New York. Little did anyone know that she would touch the lives of so many people. She was brought up in the church and came to know Christ at an early age and her family joined Grace Holiness Church. As a young person, she was good at oratory. At Easter, people would gear their schedule around where the "Thompson kids" were going to be on the program. Her father passed when she was still young and left her mother, age 39, with nine children under the age of 18. Her mother was determined that all nine would attend college, two of which received their doctorate degrees. When her mother was asked how she accomplished this, she said, "Me and the Lord raised these children." As a child, Bette was always a good student and was identified early as being a leader. She was an avid reader and a member of the Honor Society. Adults always said, when they saw Bette, they saw a book. After graduating from Central H.S., she pursued higher education at Westchester Business College (now the College of Westchester New York) and the University of Connecticut, where she was a good student. When they moved to New York, she became a member of Barry Avenue, A.M.E. Church, where she sang in the choir, was a member of the youth group, attended Sunday school, and was married, in 1964. Upon marriage, she moved to Washington, D.C.. Two children were born to this union, Mark Murphy and Dr. Nicole Murphy. She later became a member of Allen Chapel A.M.E. Church, where she was very active. She was a stewardess, a missionary, President of the Velma Patterson Club, a member of the Library Club, a youth leader in the scouts (Boys and Girls), and a leader of the youth club, to name a few. No one can forget the youth club's trips to Disney World and Canada. Her entire professional career was spent at International Business Machines Corporation (IBM). She was one of the first women to become a manager at a major corporation; a woman has since become the President of IBM. She retired from IBM in 1992, at the age of 52. After a successful career, she volunteered at numerous community organizations, helping the underprivileged. Foremost among these was Heart to Hand, Inc., to which she dedicated many years of time and energy. Her flagship event at Heart to Hand was that she and her friends fed over 125 families during the Thanksgiving holidays. In addition, over the Christmas holidays, she spearheaded the yearly "Adopt a Family" program, in which many families received gifts for Christmas, who would not have otherwise received them. She has spent her entire adult life working within Civil Rights. She participated in the March on Washington, where she heard the famous "I Have a Dream" speech, the Poor People's Campaign, as well as subsequent marches during the Civil Rights Movement. She also participated in the lunch counter sit-ins, and worked for fair housing equality for people of color. Her work within the community was just the tip of the iceberg, which tied into her overall life's work, of giving back to others. She unselfishly helped people, by giving her time and money to complete strangers. She loved to travel, and traveled domestically and throughout the world, including Europe, the Caribbean, Africa, Alaska, Mexico, and Hawaii, to name a few. She received many awards, among which were the IBM Means Service Award, The IBM Best of the Best Award, and The U.S. President's Volunteer Award, during the Obama administration. She leaves to mourn: her devoted husband of 57 years, Clyde Harrison Murphy, one son - Mark Murphy (Dr. Hope), one daughter - Dr. Nicole Murphy, two sisters - Bishop Perzavour-Armour and Apostle Alice Green (Lester), five grandchildren - Aaron Brown (Porsha), Samuel Murphy (Ariarna), Aaron Murphy (Dr. Kelsey), Emmanuel Murphy and Enoch Murphy, a special friend - Charlotte Smith, whom her kids and the rest of the family affectionately call "aunt," and a host of relatives and friends. She was pre-deceased by four brothers - Willie Thompson (Edith), Charles Thompson (Sue), Avery Thompson and Dr. Wesley Thompson (Brenda), and three sisters - Rether Gittens (Leslie), Dr. Eva Murphy (Berkley) and Rev. Sandra Hopgood (Howard).

Bette Murphy Obituary On a bright summer day in 1940, Bette Faye Thompson was born to the late Willie J. Thompson and his wife, Fannie King Thompson in Whiteville, NC; the family later moved to New York. Little did anyone know that she would... View Obituary & Service Information

The family of Mrs. Bette Thompson Murphy created this Life Tributes page to make it easy to share your memories.