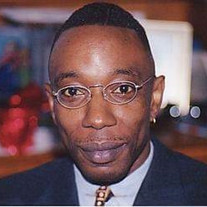 My Story "I heard the voice of Jesus say, come unto me and rest, Lay down, O weary one lay down, your head upon my breast... " Robert Andrew Cole Jr., slipped quietly into eternal rest on Saturday December 18, 2021, at his home in Clinton, MD. Robert was born on December 28, 1959 in Washington, DC to the late Robert A. Cole, Sr., and Viola M. Cole. Robert accepted Christ at an early age and was baptized at Holy Comforter St. Cyprian Catholic Church, located at 1357 E Capitol St. SE, Washington, DC. Robert often visited the family church amongst other churches, he enjoyed the early services. Robert began his education in the District of Columbia School system; he continued his education in the Prince Georges County School System having graduated from Oxon Hill High School. From there he enlisted into the U.S Navy where he proudly served his country from (1979-1984). Robert's civilian professional career was in accounting. He worked for the American Bankers Association, the International City/County Management Association Retirement Corporation (ICMA-RC) and prior to his passing the International Brotherhood of Teamsters since June 2014. Robert was an avid sports enthusiast; a die-hard Dallas Cowboys fan! Along with the Washington basketball teams (male and female), and the Washington Capitals. His passion for sports was realized by many years of work at the Verizon Center now Capital One Arena where he enjoyed being in the arena to see every home game or event. Robert was passionate about politics, current events, black history and black authors. He was an ardent reader, the day's Washington Post was with him always, which he read from cover to cover. He loved visiting museums, historical landmarks and the zoo - often with his nieces, or a little one or two in tow. Robert was preceded in death by his parents Robert A. Cole, Sr., and Viola M. Cole; and a great-niece Amarjae Cole. Robert leaves to cherish his memory, his siblings, brothers Donald Chesley, Anthony Cole and Patrick (Tracie) Cole; sisters Cynthia Cole, Sharon Cole and Bonnie Cole; eight nieces and nephews (Tonya Chesley, Keami Estep, Tykia Cole, Tania Cole, Cheyenne Bailey, Steven Cole, Kevin Cole, Symone Cole); five great-nieces and nephews; three extended children that were close to his heart; a host of uncles, aunts, cousins, family, friends and colleagues.

My Story "I heard the voice of Jesus say, come unto me and rest, Lay down, O weary one lay down, your head upon my breast... " Robert Andrew Cole Jr., slipped quietly into eternal rest on Saturday December 18, 2021, at his home in Clinton,... View Obituary & Service Information

The family of Mr. Robert Andrew Cole, Jr. created this Life Tributes page to make it easy to share your memories.

My Story
&quot;I heard the voice of Jesus say, come unto me and rest,...