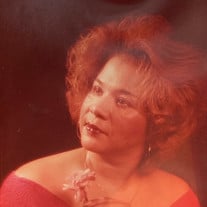 Mulinda Lee Rodgers-Smith was born on August 15, 1942 to parents, Ernest and Leona Rodgers in Four Oaks, NC. She was the youngest of 9 children. Mulinda was raised and educated in the North Carolina Public School System, having attended Johnston County Training School, from Kindergarten through twelfth Grade. She excelled academically, earning her an Honor Society Award and countless other Academic Awards. Upon graduating in June 1960, she continued her educational endeavors earning her Associates Degree from Bennett College and other Degrees and Certifications from Fayetteville State Teachers College and the University of the District of Columbia. Mulinda was an exceptional dancer, she was known to “cut a rug” with the best of them. She was also an avid music lover, Motown especially and loved hearing her nieces sing their music. Another pastime of hers was watching daytime soap operas and reality tv shows. Her favorite shows were The Young and the Restless, the Bachelor/Bachelorette and Big Brother. She also enjoyed doing crossword puzzles. After moving to Washington, DC, she met and married Herbert Smith on December 30, 1968. From that union, two children were born: Rochelle and Antonio. She was employed by the Federal Government working at the National Science Foundation for 27 years before retiring. Following her passion for helping children, she began work as a Substitute Teacher for the District of Columbia Public School System, where she remained for 10 years until she left the workforce permanently. Mulinda departed this earthly realm on July 26, 2021. She had a joyous heavenly reunion with her family who preceded her in death: her parents, Ernest and Leona Rodgers; daughter, Rochelle Lee Smith; sisters and brothers: Pauline (Polly) Sanders, Flossie Pearl Howard, Willie Edward Rodgers, Mary Christine Rodgers, Leamon Earl Rodgers, Emearl Rodgers and Earnestine Wise. Left to cherish the beautiful memories of a life well-lived: her son, Antonio Smith; grandchildren: Ashley Mason and Anthony Smith; one sister: Eula Mae Hinton of Smithfield, NC; a special daughter: LaCretia Gray; and a host of nieces, nephews, relatives, and friends.

Mulinda Lee Rodgers-Smith was born on August 15, 1942 to parents, Ernest and Leona Rodgers in Four Oaks, NC. She was the youngest of 9 children. Mulinda was raised and educated in the North Carolina Public School System, having attended Johnston... View Obituary & Service Information

The family of Mulinda Lee Rodgers-Smith created this Life Tributes page to make it easy to share your memories.