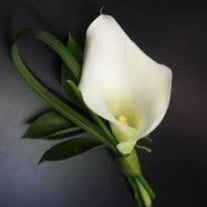 James Wilson Richmond, Jr. was born on June 11,1946 in Washington, D.C. to Ora Ardell and James Richmond, Sr. Jim, as he was known to family and friends, attended D.C. public schools, graduating from Coolidge High School in 1964. Upon completing high school, Jim entered the US Army, and was among those deployed to Viet Nam serving as a medic during the war there. After completing two tours in Viet Nam, he returned to his home in Washington, DC. Jim went on to earn a B.A. degree in Economics from the University of the District of Columbia. After graduating from college, Jim went on to attend law school, earning a Juris Doctor degree (J.D.) from the University of Cincinnati College of Law. He served as an Assistant City Prosecutor for the City of Cincinnati where he provided legal counsel and representation for the city government. Jim continued his practice of law working both in Ohio and later in Washington, D.C., belonging to the Bar in both locations. He served as lead counsel in both civil and criminal trials. Jim's marriage to Charlotte Richmond ended in divorce. They had one son, Jason Richmond. Jim, always an avid reader, had many interests in life. He got much enjoyment from playing the guitar, writing songs and beautiful poetry and especially from playing the game of golf. He mentored Boy Scouts and was a proud member of the Universal Negro Improvement Association. Passing away suddenly and unexpectedly, he leaves behind to mourn his passing his sisters Ardell (Oliver), and Linda Bell, and his brother Carlton Richmond, four nephews Brian, David, Jon and Ronald Bell, one niece, Karen Anderson, a great niece Alissa Bell and many other relatives and some life-long friends. We all are comforted by the fact that Jim knew and loved the Lord and kept in prayer all of those he loved. His brother Michael and sister Patricia pre-deceased him.

James Wilson Richmond, Jr. was born on June 11,1946 in Washington, D.C. to Ora Ardell and James Richmond, Sr. Jim, as he was known to family and friends, attended D.C. public schools, graduating from Coolidge High School in 1964. Upon completing... View Obituary & Service Information

The family of Mr. James Wilson Richmond, Jr. created this Life Tributes page to make it easy to share your memories.