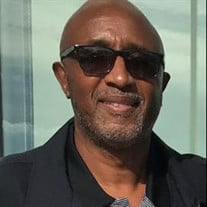 Charles Henry Norman, age 68, departed this earthly life on Sunday, October 03, 2021, at Washington Hospital Center in Washington, DC. He was born on July 28, 1953, in Littleton, NC and was the sixth born child to the late James Norman and Ivor... View Obituary & Service Information

The family of Mr. Charles Henry Norman created this Life Tributes page to make it easy to share your memories.