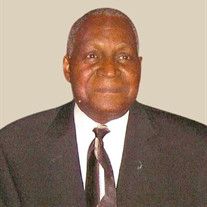 Charles Earl Ester Charles E. Ester was born June 18, 1938, in Bessemer, Alabama. He departed this life on March 8, 2021, while receiving care at the Capital Caring Health Halquist Center in Arlington, Virginia. Harold Thomas, a playmate from the neighborhood school, brought Charles into his family. Thus, a dynamic Bessemer family-headed by Mr. William and Mrs. Louise Thomas-became the proud parents of four sons: William, Harold, Morris, and Charles. Mr. Thomas was the president of the NAACP and Mrs. Thomas served as the paralegal for the entire Bessemer community. Because the Thomases believed education was the key to unlock all doors, Charles was expected to pursue his education beyond his time at Carver High School in Bessemer. His foster father William, a Stillman High School alumnus, was instrumental in securing an academic scholarship for Charles to also attend Stillman, which became a four-year, liberal arts institution in 1948 and was officially renamed Stillman College. Charles earned his Bachelor of Science Degree in Chemistry from Stillman College in 1960. After graduating from college, Charles moved to Boston to be closer to his three brothers. He would eventually leave Boston to serve in the United States Army. Charles completed his military service in 1964 and would go on to marry his longtime love and college sweetheart, Delores Tyner, later that year. The newlyweds eventually moved to Washington, DC, so Charles could once again be closer to his brother Harold. In 1966, Charles began working for the Federal City College (currently known as the University of the District of Columbia). Along with his colleagues (and life-long friends) in the Chemistry, Physics, and Biology Departments-chaired by the late Dr. Herschel McDowell, Dr. Isadora Posey, and Dr. Carolyn Cousin. Charles became a member of what he affectionately referred to as his "forever work family." He dedicated more than four decades of his life to working at UDC. Charles, who was recognized for his outstanding work and warm personality, retired in 2012. In 1968, Charles and Delores welcomed their son, Charles Derek, into their lives. He would be followed five years later by his sister, Carla. Throughout his life, Charles watched as his children became parents, eventually enabling him to become a grandfather-a role that brought him immeasurable pride. Charles was a humble, warm, and loving man. He had tremendous love for and pride in his wife, his family, and his home. The Ester family home has served as host to countless meals and conversations for extended family and beloved friends. Charles leaves behind to love and cherish his memory: his loving wife of fifty-six years, Delores Ester; his two children, Charles Derek Ester and Carla Ester-Berry; two Godchildren, Leslie Tyner and Staci McDuffie (Vincent); one brother, Morris L. Thomas, Esquire; two sisters, Jacqueline and Diane Tiggs (both of Chicago, Illinois); one sister-in- law, Ann Thomas; his grandchildren (and loves of his life), Charles Ester, Jr., Camryn Berry, Kiden Ester, David Minor, Roman Alexander, Samantha Kenny, Satchel Mercer, and Samir Mercer; one great-grandchild, Arianna Alexander; his special nephew and neighbor, Harold Thomas (Monica); and a host of friends and relatives, including his childhood friends James Williams and William Matthews and a special fur baby, affectionately known as Charlie.

The family of Mr. Charles Earl Ester created this Life Tributes page to make it easy to share your memories.